Language enables us to understand a message, articulate a plan, and get things done. We need our words to order espresso from the corner cafe, cheer up a friend who’s having a bad day, and quip back against a colleague’s snarky comments.

But we can do all of that only if we speak the same language as the person we are communicating with. Otherwise, far worse things than your colleague’s noxious rants can ruin everyone else’s day. Words lost in translation have caused global companies to lose millions of dollars, medical patients to lose limbs, and politicians to push countries to the brink of war.

Clearly, language matters a lot in everyday encounters (such as finding your way in Paris) as well as in scenarios with major implications (such as international diplomacy). Combine that with rising trends in diversity, travel and immigration, as well as the globalization of work, commerce and even dating, then you’ll begin to realize that language can become a thick wall instead of a bridge between people who want to connect with each other.

This is why effective language learning tools as well as translators — human or bot — remain in high demand across many fields and industries. From personal tutors who teach non-native speakers a second language, to powerful applications like Google Translate and Rosetta Stone, the need for humans to master additional languages has spawned a multibillion-dollar industry.

One app in particular, has been on everyone’s lips for quite some time. Duolingo, a free-to-use language learning platform continues to attract users, investors, and accolades since their launch in 2011. Now with more than 120 million registered users, total funding of $83.3 million, and a market valuation of nearly half a billion dollars, Duolingo recently launched conversational bots to compete in the tongue-twisting industry of language learning.

Did I say something wrong?

Conventional language teaching generally takes learners through a rules-based curriculum that focuses on grammar and other technical aspects of a foreign language. This approach (mercilessly) forces learners to memorize tricky lexical and grammatical rules that hone their skills at stuff like subject-verb agreements but often neglect the more practical skill of making meaningful conversations. More often than not, students who go through conventional language courses also tend to be overly conscious of whether they have conjugated a verb correctly, which only diverts their focus from contextual meanings as they listen or speak in the new language.

Duolingo, on the other hand, adopts a more naturalistic approach. Their apps and chatbots — which earned numerous awards from app stores, publishers, and online influencers — do away with untenable memorizations, focusing instead on giving users an immersive experience that encourages them to learn new words and understand grammatical concepts through association and contextual clues. To keep students motivated, Duolingo also deploys the key elements of gamification that help personalize user learning and keep their linguistic development on track.

Duolingo’s language tutoring chatbots are currently available only on the iPhone and only for native English speakers who want to learn German, French or Spanish. The company plans to release new bots rapidly for other combinations of languages.

To validate whether the conversational instruction has a significant impact on user learning, we took the Spanish course and engaged Duolingo’s Spanish-speaking chatbots. Here are our key observations:

With natural language processing among AI technology’s key focus areas in the years ahead, Duolingo has led the way for the language tutoring industry to explore chatbots and conversational interfaces. After all, there’s no better way to improve your conversation than by conversing. 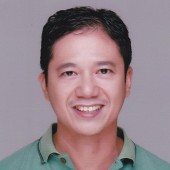 Joseph writes about business, technology, science, and culture. He's been hooked on AI and chatbots after watching Her and Ex Machina. Follow his twisted rantings on Twitter at @joseph_mapue.