The AI system achieved a 94% accuracy rate at surfacing risks in Non-Disclosure Agreements (NDAs). Experience human lawyers average out at an 85% accuracy for the same task. The study, conducted in collaboration with Duke and Stanford Law Schools, pitted AI against 20 top US-trained lawyers with decades of experience, specifically in reviewing NDAs, one of the most common agreements in law. The legal AI system took 26 seconds to complete the review. Human lawyers took an over of 92 minutes.

While the origins of Go are shrouded in the mists of ancient Chinese history, the law has equally powerful traditions and respect. Unlike Lee Sedol, lawyers taking on the AI had a very different reaction at defeat. “It is crucial to make mundane contract work more efficient, especially when there are 50-100 pages of contracts for some major deals,” emphasized Zakir Mir, a counsel for Allegiance International. “AI can really help lawyers sift through these documents, and cut down on the sometimes-deliberate verbosity of these documents which can allow one party to mask core issues.”

The growing legal AI field is seeing startup companies using AI to tackle daily legal work, including drafting and reviewing contracts, mining documents in discovery, answering routine questions or sifting data to predict outcomes. LegalTech in 2017 saw $233M investment in companies across 61 deals, edging ahead 2016 according to an investment report by Tracxn.

US law firms for their part are turning to AI solutions as they experience sluggish growth in demand and decline in productivity. Altman Weil found that, of the 386 US firms participating in its 2017 Law Firms in Transition survey, half report they have created special projects and experiments to test innovative ideas or methods, and 49% indicate they are using technology to replace human resources with the aim of improving efficiencies.

Legal AI is also tackling the complex legal language (“Legalese”) of contracts which has changed very little over the centuries. The Association of Contract Managers annual benchmark survey shows only 12% of lawyers think contracts are understandable and easy to read.

Professor Yonatan Aumann at the Department of Computer Science at Bar Ilan University, and an advisor to LawGeex, says: “The AI’s mother tongue is actually Legalese. Our researchers exposed the AI to tens of thousands of examples of Legalese, gradually making its knowledge more refined, training the AI to point out specific concepts in everyday contracts based first on its native knowledge. The algorithm can now identify concepts in such contracts even though each contract is written in a different way.” Meanwhile, other companies are springing up such as Polisis, a website that uses machine-learning to make sense of online privacy policies for consumers.

Legal AI means lawyers are increasingly focused on the present realities and future of the law, rather than just the precedents of the past. Professor Erika Buell, Director of the Program in Law & Entrepreneurship at Duke Law, sees a mixed reaction to increased legal automation. “Students shown the software had an initial reaction of ‘this is going to take our jobs’. Others were excited by it.” The bleak defeat is encouraging new and innovative options to train future generations. Today, many lawyers never make it more than a few years in th profession, with many leaving because they cannot stand the boring drudge work.

After his defeat by AlphaGo, Lee Sedol won every tournament game he played in the two months following the challenge. Developers of legal AI see the lawyers’ defeat driving a similar innovative spirit. Despite beating human lawyers at narrow tasks, experienced lawyers are still required as “trusted advisors” in important deals. While powerful, legal AI is not capable of or meant to be a standalone tool. The goal is to use AI plus humans to ensure that lawyering is done more accurately — and more consistently — than a human or technology alone. 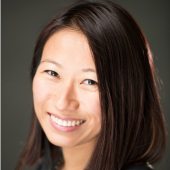 Marlene is the CEO of Metamaven and a master of monetization. She helps Fortune 500 enterprises grow their revenues using the latest techniques in data science, machine learning, and artificial intelligence. Follow her on Twitter @mjia to gain wisdom about enterprise AI and automation solutions.